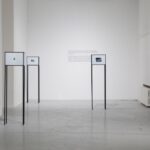 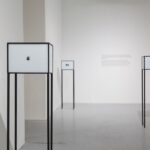 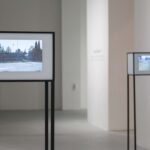 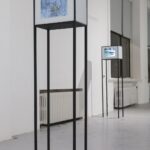 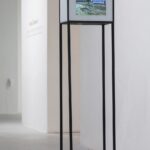 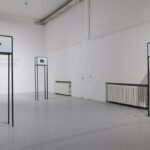 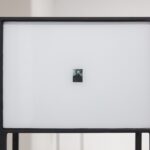 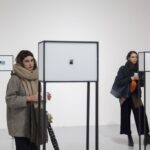 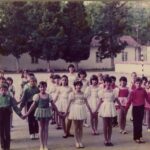 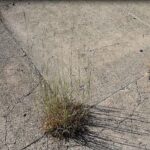 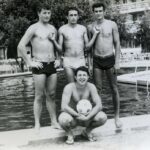 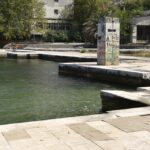 On the Spot is an ambiental installation in which four cubes are installed on tall, thin metal legs, thus comprising a spatial wholeness which requires the spectator to interact in order to get to the core of the work. Namely, on the front of each cube there is a photo from a family album, and all the photos have one common feature, which is that they have been taken on specific locations. In these ambient environments, certain individuals and family members were photographed, and the photographs undoubtedly make a record of some special moments in iconic places from their childhood. On the back of the cubes, opposite the displayed photographs, there is a small projector showing the video material shot at the same spot as the photo, but only in the present time, taken just before the exhibition. The videos show architecture and locations devoid of human presence. This contrast between emptiness and fullness, event and lack of event, accentuates the insurmountable obstacle between ‘now’ and ‘then’, or between ‘was’ and ‘is’. A video recording as a simulation of life and reality in contrast to the static nature of photography, as well as the difference between video recording and a old photo, separate these two tenses creating an unbearable distance, making a new encounter impossible while we, as spectators, remain wandering between those slim installation constructions and white cubes of materialized emptiness which separate the past from the present.