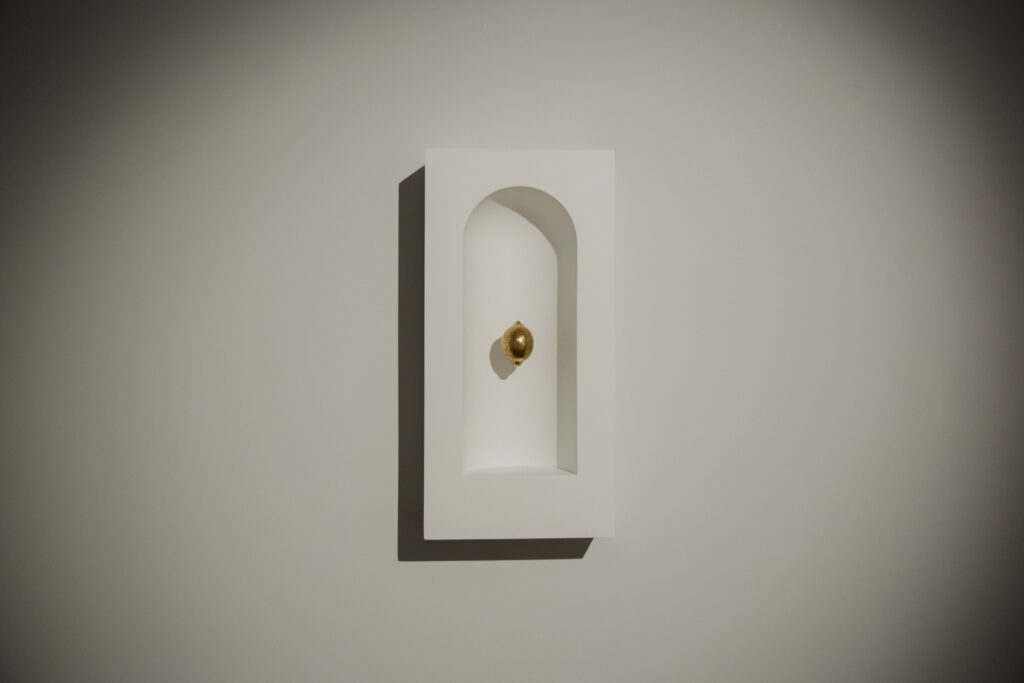 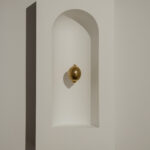 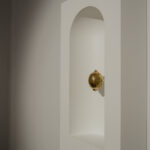 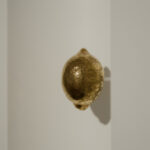 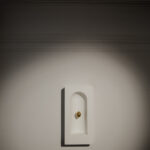 Psychology often deals with “defense mechanisms”, that is to say, patterns of behavior and ways of thinking aimed at protecting us or “defending” us from ourselves – separating ourselves from unpleasant thoughts and feelings. The defense mechanism known as the sweet lemon rationalization implies the substitution of an originally unattained goal with a more attainable and smaller success that is depicted in the best possible light, as something ideal in an individual’s consciousness. Essentially, it boils down to a kind of excuse for failure.
This question gives rise to a conceptual wholeness of the work, which perceives current new “imposed solutions” as defense mechanisms, means of trying to sweeten the sour lemon.
A specially separated and independent work is the object in the form of a sacral motif. In this work, I suggest a symbolic perspective through a ”monumental” small object which, placed in a simulated sacral wall cell, appears to be floating in that micro sacral space – but also in ”purgatory”, whose function is to show a spiritual serenity of the body oppressed by a sense of guilt and a need for redemption.
A gold lemon is an allegory – presented in a clear and illustrative way and serving the purpose of highlighting the importance and meaning of the lemon.